The flows of cash

Acting together, the five largest banks have formed Bankomat AB to provide cash to society. When cash is needed by society, Bankomat collects it from the Riksbank. At present (August 2019), Bankomat has 5 cash depots in operation. The cash is then transferred from Bankomat to the banks and the retail trade by means of cash-in-transit services. ATMs, bank accounts and the retail trade provide the public with access to cash.

When the cash becomes worn out, it is returned (via the banks, the retail trade and cash-in-transit services) to Bankomat, which then returns it to the Riksbank for destruction. 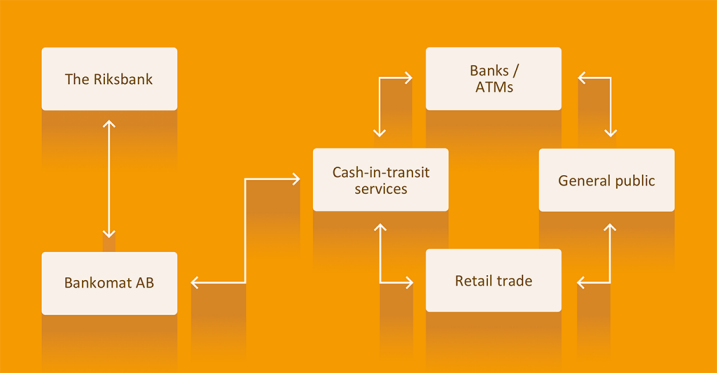